Technology on the rise: Mobile Phones 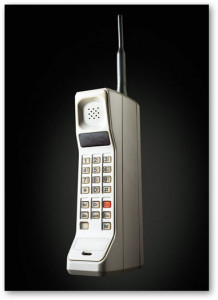 We can’t hide the fact how technology has changed our lifestyle nowadays. It is very clear that almost all of us partake in using this new technology. We might not notice it, but we are really using technology in our day to day life.

The very clear evident of that is the cellular phones or currently known as mobile phones. Before Cell phone was the term used in this handy communication device and it is primarily for communication but as technology grows it became popular and widely known as Mobile phones because of some new features aside from communication.

Mobile phones have created a great impact in our day to day living. Even some people can’t live without having it. In a study made by UN 6 billion people are using mobile phones.

Now, why is it highly patronized? The answer is simple.  It is one of the quickest way to communicate. And in our world where communication is very important, it was not hard enough for this invention to attract enough users and the market at that time.

Before if you wish to communicate or send a message to someone abroad or away from you, you will need to send a postal mail. Depending on the geographical location of your recipient, they will receive the mail around 3  or more working days. Just imagine, if you have a very urgent information you want to send over and you will also need a reply from them.  Then,  it will have to wait for a couple of days. Now, compare that one with cellphones. Your message can be delivered almost instantaneously and you can even wait for a reply in just minutes.  Isn’t that amazing how technology can change the way we used to communicate?

Just a brief history about mobile phones.  Before it reaches its popularity, there isn’t much noise when the early cellular phones were released. The reason was, it was very bulky, also it is not affordable. Plus, people are new to idea of having a portable or handy phone device. But that didn’t take long for them to embrace the product.

The First release of the gadget, it was only used for receiving and making calls. But when they introduce the ‘Texting” feature. It created a buzz and really captured the attention of the consumers. In texting, users can create a message and send it to someone who also has a mobile phones. By this method, users can discreetly send someone a message without having anyone hear your message, plus the message arrives in just seconds making a good impression to the market. 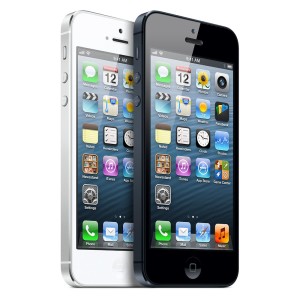 Although not affordable and some are still very bulky, there is still a high demand of cellular phones during its early releases. When the time where there’s a big rise in the competition of the manufacturer of mobile phones. Those companies took turns to impress consumers with the design of the mobile phones and adding some additional features, not to mention the benefits they get in having a mobile phone. It wasn’t long that the price of the mobile phones depreciated. Every time there is a new model that will be released to the market, the price of the old model will depreciate.

Now, since the goal of cellphones is to help increase the speed of  communication in a convenient way, this gadget totally dominates all mankind. It is used by different ages, whether your an adult or a child. In a business prospective, this greatly improves how the level of communication works. Some companies are even offering free cellphones for their employees for faster communication. Children are not exempted in using cellphones too. Primarily, they are used to contact their parents, friends or relatives. Usage of mobile phones is not limited to the persons you know. This can also be used to communicate and get connected to someone you don’t know.

And I think, a number of the users who patronize the usage of mobile phones use it to look for someone they can communicate with. And since you won’t see each other, they find it easy to open and establish a communication to random individual, regardless if that individual knows you or not. It even boost they’re confidence. Before they are afraid to express their feeling and ideas personally but with their confidence level rising because of texting, they can easily express their ideas and feelings. Eventually they end up making friends or more ended up having a relationship to that someone. That alone catches the attention of some people, especially those who have low-esteem. Because of that benefit of having a mobile phones, it just only adds up the to the fame it is getting.  Clearly mobile phones are on a roll, and it became a must have.

However, like all gadgets. Cellphones has its share of disadvantages too. Like for example, some batteries of the cellphones when heated up or charge too long can cause explosion. Although there is a rare case, but this will likely happen as there are reported cases about this one. Some people abuse the functionality of a cellphone and used it illegally, the most common is to use it to scam other cellphone owners. But, the biggest disadvantage so far is that it affects your overall health. May it be in your physical, social, mental and psychological health.

Physically, you may not see it but the screen of your cellphones carries millions of virus and bacteria, which can cause skin and face irritation problem or worse can cause internal infections. Also, there a number of vehicular accidents that is caused by mobile phones. Using mobile phones while driving shifts the attention of a driver and normally our brain can do one thing at a time. This causes a slower response time in our reflexes, and might end up not able to avoid any obstacle in our way.

Socially, this affects our behavior. Since we can keep in touch with someone easily, we can easily make an excuse to someone if we are running in late by texting or calling them. Now if this practice goes on repeatedly, then it makes us irresponsible. Also, the noise created by cellphones can caused social distractions, like in a classroom, in a meeting, in a solemn place like churches and libraries. That’s why usage of mobile phones is prohibited in these places or it should be turned off or in silent mode.

Mentally, excessive use of mobile phones can caused addiction and for some people, it becomes a habit. As mention earlier, some can’t live without having a cellphone. There are also people, that because of their addiction they always seek for the latest cellphones released in the market. Now, this is not really bad, if you have enough money to buy the latest mobile phones. However for those who don’t have enough money, what would they probably do? In the positive side, of course they save money. But on the dark side, it will result into violence just to have the latest model.

Study also shows, that addiction to mobile phones causes mental stress. Especially, for students and teenagers. Instead of studying their lesson, there mind is preoccupied with texting, calling, manipulating and playing games on their cellphones. Thus, giving them a short period of time to study their lessons. And with limited time, there’s a big tendency that they can’t retain most of the information and worst comprehend and understand what they are studying.  Which results to failing grades, which is the case of some countries.

Lastly, little that we know that mobile phones caused some negative impact physiologically. As a matter of fact, since we are using it every day, we didn’t realize we are already addicted to it. If we are texting or calling someone and we expect them to reply to us but didn’t receive any replies from them, then we feel sad, frustrated or sometimes angry. This feelings when converted will result to depression. The sad part there is that this effect always goes unnoticed . Also, most cellphone addicts have low esteem and having a hard time developing their social relationships. Because they always feel the need of constantly having a communication with someone and being connected with others. By just switching off their cellphones it can make them irritable, they will feel anxiety and sometimes sleeping disorders. How much more if you take away their mobile phones. Can you imagine what will happen?

Although, we are aware of the disadvantages, but we don’t mind it. As a matter of fact, we are still using it and will continue using it. To be honest, because of its convenience way to contact and communicate to someone, it is difficult for us or even to me not to have a mobile phone. Specially now, current mobile phones have several different uses which is very useful in our day to day living.

Since its first release, mobile phones have gone a long way already.  Nowadays, aside from having the functionality to communicate to someone by calling or texting, it can be use as amusement. It can take pictures, play videos, musics and games. It can also be used to store some files, do some computation, can be used as alarm clocks, save and create an event via calendar,  connect to the internet and even use it to be a remote control to some of your devices and many more.

Current companies who are manufacturing mobile phones focuses on the amusement functionality of the phone. The value of the phone depends on what features or functionality it can bring to the users. For me, this competition is an advantage to the users.  Why?  Because those companies our trying to outdo each other.  Every time they try to outdo each other with their new mobile phones features, it always results to the release of new functions or features of a mobile phones.

I must say, that I admire those companies who took advantage in developing mobile phones and continuously making new initiatives and features to impress the market and make it profitable.  The demand of it is still very high, and it will just continue to raise as long as we are still communicating to each other.  Not only they are making a profit on their product, they are helping the growth of our technology.

In our life, whether we like it or not, technology will always become a part of our us. Because as we grow we always look forward to what is new 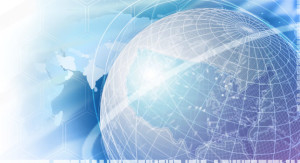 and adopt the new things around us.. Fortunately, technology is one of those things that is continuously growing.  And with that said, we are most likely not to be left behind by this growth of technology and will continue to take part of this growing era of technology.

Now, to conclude everything and give you my thoughts.  Mobile phones are truly one hell of a technology. It is indeed the fastest growing technology and by far the greatest inventions ever created yet that changes us, human beings and our day to day life.

Trainer & PRO at Peso Exchanger
About William: Father of one son and a faithful and loving husband to my only wife. Workaholic guy, loves beaches, web programmer and designer, freelancer, Web hosting and customer service trainer, I'm into sports but the shape of my body tells you a different story, very friendly and kind, has high interest in arts and a religious person.

Latest posts by William (see all)

Technology on the rise: Online Jobs